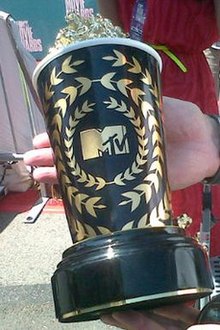 I went to the MTV Movie Awards today in Hollywood and it was nothing short of amazing. I got assigned to be in the pit,which is as close to the stage as you can get. Award winner Jared Leto from the band 30 Seconds To Mars gave me a high five. Zedd took the stage and did an amazing song. It was nearly 3 hour event hosted by the amazing Conan that I will never forget. It was followed by after parties in Hollywood that were equally awesome as well. It was beautiful in every sense of the word, and something I would suggest anyone attend given the opportunity.

I was surrounded by the top filmmakers and actors in the entire world. Some of them I did not even recognize until they were pointed out to me, and even then I did not always know who they were either. I was next to some producer who’s name I could not remember even if my life depended on it. I could see the usual recognized names in the audience, and of course, Conan O’Brien was hosting. He was a great, humorous host. You got the feeling he could and would say anything at any given moment, and most of the time he did just that.

I was in the pit. If you’ve never been to a event with a pit, it’s a place basically surrounding the stage and you’re crammed next to a bunch of people you’ve never met and would probably never care to meet, and several you may cross the street in order to avoid meeting in the first place. Of course, I’m kidding, but not really.

The lighting of the stage and smoke and special effects were second to none. And even though by the end of the evening everyone in the pit was soaked in sweat and each others DNA I don’t think it will be an evening any of us will forget any time soon.